Bayou Bound, the third book in the Sin City saga, is now out everywhere in digital and print. 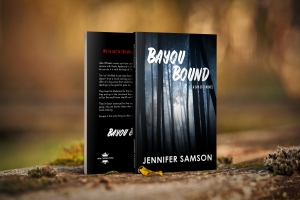 Jake Wheeler is back in town and he needs Tim Kelly’s help. Against his better judgement, Tim ends up on a cross-country road trip with his least favourite person. When they get pinched by a crooked sheriff in a crooked Louisiana parish, it’s five years hard labor in a prison camp. No one knows where they are, and no one’s going to come looking.

Escape is the only thing on their minds.

Buy it now in digital or print format.

Need a new read? Book 2 of the Sin City series, The Dead Woman, is now released!

Tim Kelly runs into a problem with a weapons shipment – a Mexican girl on the run from a cartel.

Prefer print books? You can snag one on Amazon.

If you love novellas set at Christmas, be sure to pick up a digital copy of Neon and Tinsel, book 2.5 in the Sin City series.

If you’d like early release notifications, exclusive book discounts and free books, sign up for my newsletter.

Piece of Work, a free prequel short to the Sin City series, is available for FREE if you subscribe to my newsletter – click here.

When it was released to sales outlets, it peaked at number 2 on the free Kindle Short Reads for Mystery, Thriller and Suspense.

Tim Kelly has never been a fan of the Chicago Mob, and in 1965 Las Vegas, they’re the only game in town.

I had some great Sin City promos since the release, and I’m playing catch-up on the blog after a few busy weeks. Here’s a breakdown of some websites that featured Sin City over the last month.

Oct 24 – ARC reviewer On Two Feet reviewed the book on their blog and at Goodreads. Thanks so much!

Nov 7 – Sin City was reviewed by the Genre Minx. The reviews also appear on Goodreads, Amazon and LibraryThing. Thanks so much for your review!

Nov 7 – Sin City was a Weekly Featured read at Quiet Fury Books. We really appreciate it!

Dec 2 – I did an interview with The Writing Greyhound. Thank you for the interview.

Sin City also has a page on TVTropes. There are no plot spoilers visible. Also, sorry, you’re about to lose hours of your time on that site lol.

I have a few more things in the works, and I’ll post about them as soon as I can. Thanks to everyone who has purchase Sin City and reviewed it. If you have your copy, please think about leaving a review on Amazon or Goodreads.

Find it on Amazon, Kobo, Nook, iTunes and more 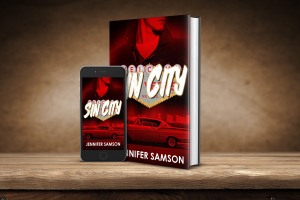 Sin City available now in print and ebook, so check below for links to purchase or visit the Sin City book page.

Canadians can buy via Lulu, as Amazon’s KDP Print program does not yet publish to Amazon.ca. There are often great coupon codes on Lulu for free shipping or discounts on books, so don’t hesitate to contact me for the latest coupon code.

Sin City is being released November 1st, I’ve shared the cover, and now it’s time for the “back of the book” blurb.

There are parts of Sin City the neon lights don’t reach, and only the desperate and dangerous venture into the city’s seedy backstreets, where gangsters rule, the floating poker games never stop, and people disappear without a trace.

Ruby Gordon is desperate. She has nowhere else to go when her brother opens his home to her. He runs an off-the-books juke joint, and she is fascinated by the most dangerous – and handsome – of his clientele.

Tim Kelly is dangerous. His father never achieved notoriety with the Chicago Outfit, but Tim has aspirations to strike out on his own. He has plans, and they don’t include a naive newcomer.

Jake Wheeler is both. The Airman-turned-rodeo-rider is as gorgeous as he is foul-tempered, and he’s Tim’s not-so-friendly rival. When he notices Tim’s interest in Ruby, he’s determined to derail Tim’s plans.

The three of them are on a collision course, but there’s only one rule in Vegas: The house always wins.

I shared this information with my newsletter a little while ago, so now it’s time to share with everyone else. Sin City will be released on November 1st, 2016!

It will be available in print and ebook format. The book is already listed on Goodreads, so please add it as a To Read.

The cover was designed by J Caleb Design. It captures the feeling of the 1960s and Las Vegas.

My excitement is growing for everyone to read it. For more exclusive info on releases, discount codes and freebies, as well as contest announcements, join my mailing list. If you sign up now, you’ll receive a FREE ebook copy of Brookline University: Freshman Year.

One blog post couldn’t capture all of the information to share about self publishing and how it’s different for Canadians. My new ebook, Self Publishing For Canadians (published Nov 5, 2018 and updated most recently in late November 2019) is only 99 cents at Amazon, Kobo, Apple, Barnes and Noble and many more outlets. Click the link above or the buy link below. 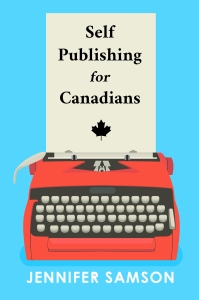 Here’s what you’ll get:

If you’re a Canadian who has always wanted to write and self publish, this book will give you a great overview of the industry and get your career off on the right foot.

The book is also available in paperback via Amazon!